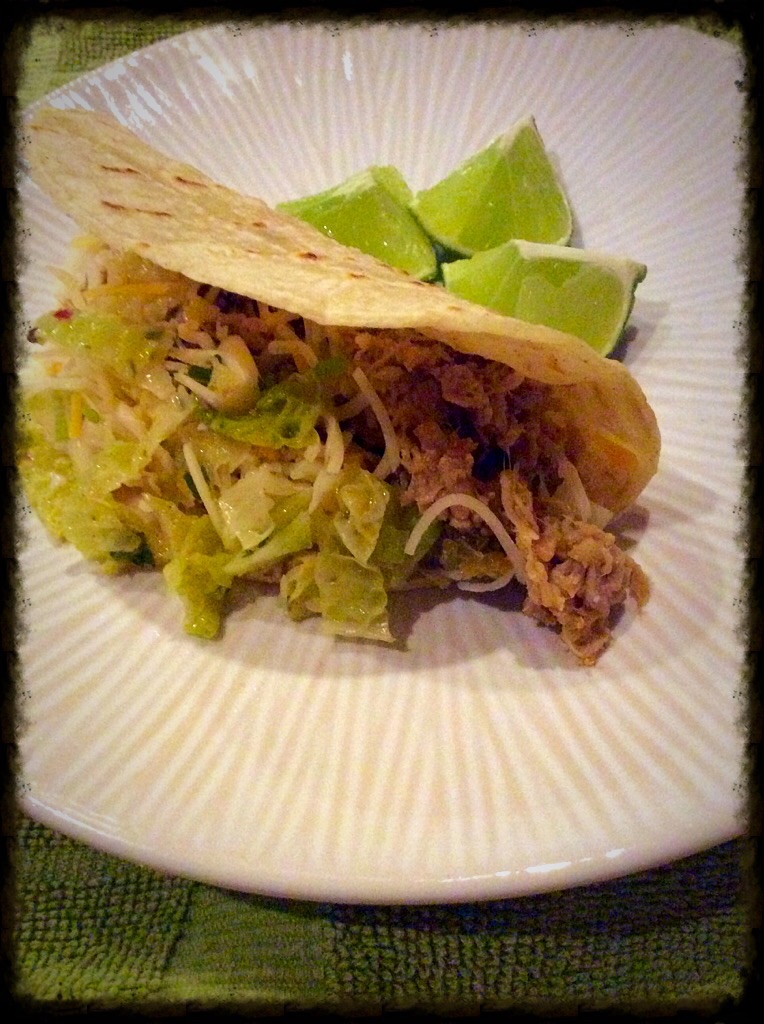 If you are looking for a recipe to serve for the Big Game on Sunday (or any other casual gathering you may be having) and you want to wow your guests, this recipe is for you!  It can be made the day before (it’s actually better the next day) and it truly tastes like authentic Mexican cuisine….Mexican Pork Carnitas!

I found the recipe one day while perusing Pinterest (the best place in the world to store great ideas) and what caught my attention most was not only the delicious looking photo but the fact that her tagline said that these were the best carnitas her husband had ever had and since he was originally from Mexico, I thought that was a very strong endorsement!  The link took me to a blog called “Food To Luv” and it has some really good recipes, so

be sure to check it out!

Now, a little warning, this recipe feeds a crowd!  Since I didn’t have a crowd that particular day, I was able to send some to friends (who were very impressed, I might add) and freeze some for later. I also am trying a new recipe using the leftover carnita meat tonight called Mexican Stromboli…stay tuned for that!

I followed this recipe to the letter and you should have smelled my house while it was cooking!  Wow!  The only thing I would change is a very small detail…I would have put the lid on while braising, because I would have preferred a little more liquid remaining.  I have always done my braising recipes with the lid on and I found it a little odd that the recipe stated to do it with the lid off.  Either way, it is a great recipe!

Preheat the oven to 350 degrees. 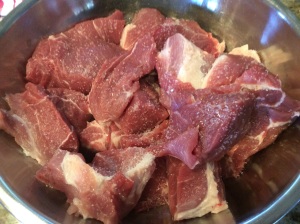 In a large dutch oven or pot, heat the oil (Make sure to get it really hot so you won’t have issues with the meat sticking if you aren’t using a non-stick pan)

Cook the meat until very well browned on all sides.  You will need to do this in batches so as not to steam the meat.

Once the meat is brown, remove them from the pot.  (The recipe states to blot with a towel put I just placed them on some paper towels to absorb the excess oil.)

Add 2 cups of water to the pan and scrape the bottom of the pot to release all the brown bits. 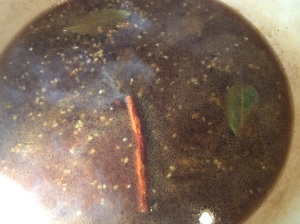 Add the meat back to the pan and stir.

Add in more water until the meat is 2/3 covered.

Braise in the oven, uncovered (I say covered!!!), for  3 1/2 hours, turning the pork a few times during your braising.  Much of your liquid will evaporate. 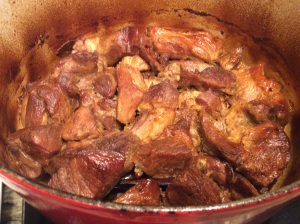 Remove the pot from the oven and transfer the meat to a platter to cool.

Strain the liquid into a bowl and reserve any meaty bits and discard any other solids.  The fat will rise to the top when cooled so just skim off as much as possible.

When the meat is cool enough to handle, shred it and put it back into the pot.  Add the liquid and stirl well.  Cook until much of the liquid has evaporated and the outer edges of the pork becomes caramelized and crispy.

Serve on corn tortillas with your favorite toppings such as tomato or tomatilla salsa, cilantro slaw, onion, guacamole, sour cream, hot sauce, cheese…anything you like!

Bottom Line:  This was delicous and tasted like true authentic Mexican Cuisine…This is a must try in your kitchen.  Enjoy your the Super Bowl!

← Mexican Stuffed Bell Peppers…A Healthy Spin on an Old Favorite!
A Taste of St. Paddy’s Day…Corned Beef, Potatoes, Carrots, and Roasted Cabbage on the side! →